In my last blog, I wrote about small towns and small-town talk. I also wrote about the dirt we tend to sweep under our rugs.  Whether it be pain of past mistakes, regrets or small-town talk, it is easy for us to get into the habit of sweeping dirt under our rugs.  But instead, let’s work on facing the dirt and cleaning it up.  Let’s shake the dirt from our feet so we can clean up and move on, maybe even grow and change from our experiences.

I wrote about the Master Clean Carpet and Tile Cleaning of Tulsa, LLC 3-step carpet cleaning process.  Remember that first, there’s the pre-spray, which loosens up all the dirt and grime.  It shakes up the dirt (dirt that is shaken up is much easier to shake off!).  Then, we steam clean and deodorize the rug.  Finally, we leave the rug and carpets to dry.

Now that we have figured out to stop sweeping our dirt under the rug, and we know to just shake the dirt from our feet (with some help from Master Clean’s pre-spray), the next step is to steam clean and deodorize the rug.  When steam cleaning the carpets, Master Clean sprays a 250° steam onto the floor.  This really blasts all the dirt away.  At the same time the steam is blasting the dirt, the dirt is being vacuumed completely out of your house, through our hoses and into our van.  We get the dirt all the way out of your house! Completely removing the dirt from your house leaves your carpets like new, giving them a new life.

New things can be exciting.  For example, a new car, a new house or a new puppy are exciting things.  But changes that come with the new can be hard.  New puppies can make lots of messes (Master Clean can help with those!).  Newness can be the same as change, and change in our life can be a hard concept to grasp. Change can even be painful at times. 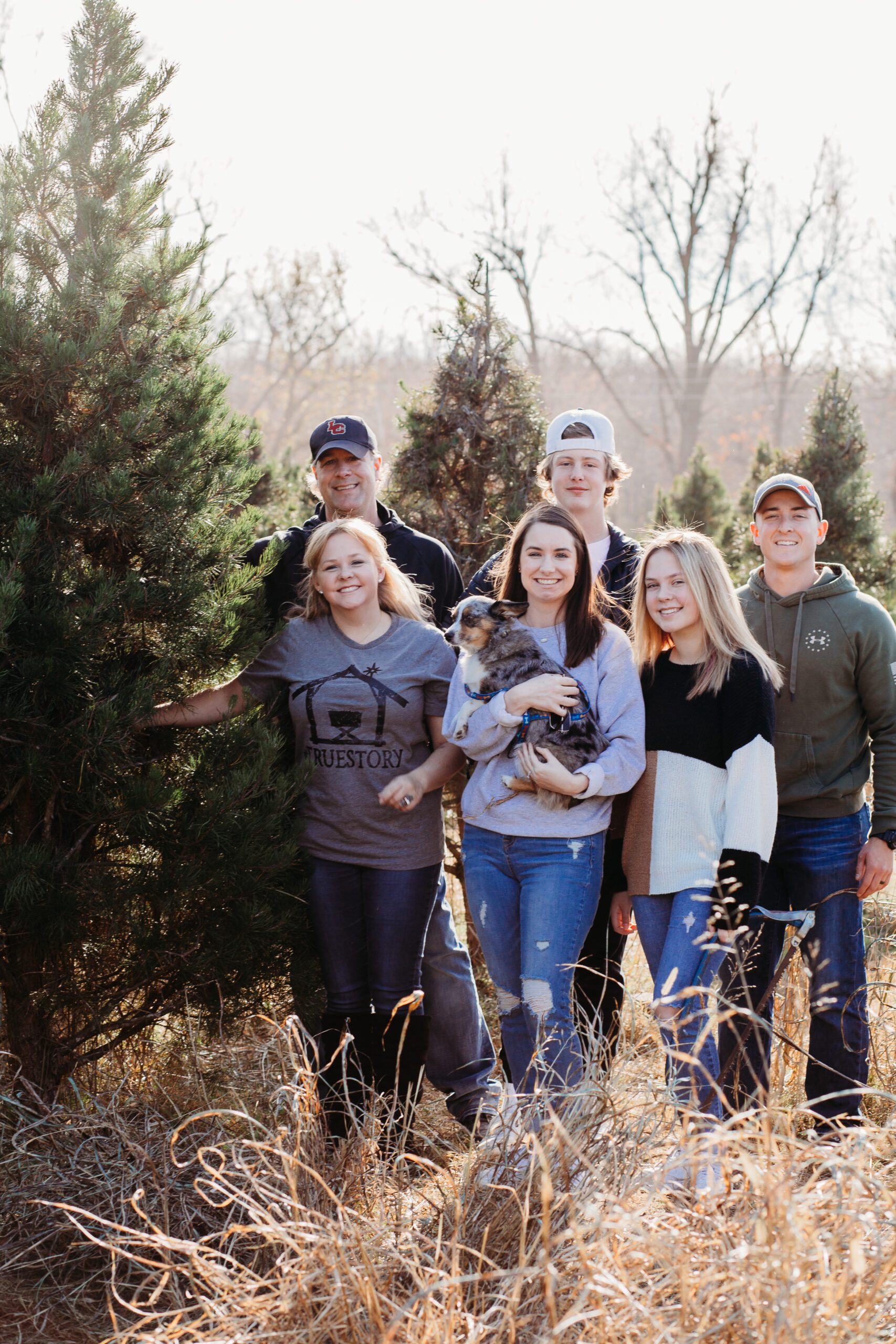 Merry Christmas 2021and a Happy New Year! From the Master Clean Carpet and Tile Cleaning family to your family.  Thank you for trusting us with your carpet and tile and grout cleaning needs.  We appreciate you!

With the Christmas season upon us, take a look at Mary, the mother of Jesus, and the changes she was facing.  Mary was a virgin girl.  She was engaged to marry Joseph.  Gabriel, an Angel, appeared to her and told her she was going to give birth to a son.  Not just any son, but the son of God.

Mary had to have been confused.  She knew she was a virgin and knew what it took to become pregnant.  But the angel assured her that she had found favor with God.  God had chosen her to be the mother of His son.  Mary chose to put her faith in God and, along with that, accepted all the changes she was about to face.  Think of the pain Mary was about to face.  She was not only going to face the physical pain of childbirth, but she was facing emotional torment as well.  Mary had to face the possibility of being an outcast, the possibility of becoming unwanted and the possibility of losing her fiancé.  She knew that others would not believe that she was still a virgin.

But Mary did not focus on the painful parts of change.  She saw the good that comes with this change.  Mary believed she had favor with God.  She was going to be the mother of the Son of God, the Messiah.  Because of Mary’s faith, and willingness to embrace the changes in her life, she birthed the Savior of our world, the Prince of Peace.

In the sixth month of Elizabeth’s pregnancy, God sent the angel Gabriel to Nazareth, a village in Galilee, to a virgin named Mary.  She was engaged to be married to a man named Joseph, a descendant of King David.  Gabriel appeared to her and said, “Greetings, favored woman! The Lord is with you!”

Confused and disturbed, Mary tried to think what the angel could mean.  “Don’t be afraid, Mary,” the angel told her, “for you have found favor with God!  You will conceive and give birth to a son, and you will name him Jesus.  He will be very great and will be called the Son of the Most High.  The Lord God will give him the throne of his ancestor David.  And he will reign over Israel forever; his Kingdom will never end!”

Mary asked the angel, “But how can this happen? I am a virgin.”  The angel replied, “The Holy Spirit will come upon you, and the power of the Most High will overshadow you.  So the baby to be born will be holy, and he will be called the Son of God. What’s more, your relative Elizabeth has become pregnant in her old age! People used to say she was barren, but she has conceived a son and is now in her sixth month.  For the word of God will never fail.”

Mary responded, “I am the Lord’s servant.  May everything you have said about me come true.” And then the angel left her.

Or we can turn to the woman accused of adultery in the Bible.  The change she faced was not only painful and embarrassing, but it was public.  She was on display for the whole town in front of Jesus.  There were people in those days who trying to trip Jesus up and catch him breaking or conflicting laws so that they could arrest him and get rid of him.  These people had caught this woman in the act of adultery.

The Bible does not specify, but I would assume that means they walked in her on and a married man that was not her husband.  I would assume she had to have been naked and fully exposed.  The laws of those days said she was to be stoned to death.  These men that caught her had brought her straight to Jesus to see what he would do with her.  Jesus simply started writing something with his finger in the dirt on the ground.  As the men pressed him on what to do, Jesus told them that whoever had no sin could throw the first stone.  One by one, the men left.

No one threw anything.

The Bible does not say what Jesus was writing on the ground.  Some people believe he may have started writing out the sins of each of the men, giving them a visual representation of the fact that we are all with sin.  Soon, no one but the woman and Jesus were left.  Now there she stands, fully exposed, naked and afraid for her life.  Jesus stood up to address her.  I believe at that point the woman recognized Jesus as her Lord and knew her life had been saved by Him.

She no longer had to wear the condemning label of adulteress.  She was no longer sentenced to death.  Jesus saved her.  He told her to go and sin no more.  She had changed.  She was a new creation in Him.  For her to come to and accept that change, she had to face so much emotional pain and trauma. Maybe we have never been in a situation where we were actually naked and afraid for our life, but I know there are plenty of us that have been that emotionally vulnerable and symbolically exposed.  But Jesus saves us too.  Just like that woman, we are new creations in Him.

Jesus went to the Mount of Olives.  Early in the morning he came again to the temple.  All the people came to him, and he sat down and taught them.  The scribes and the Pharisees brought a woman who had been caught in adultery, and placing her in the midst they said to him, “Teacher, this woman has been caught in the act of adultery.

Now in the Law, Moses commanded us to stone such women.  So what do you say?”  This they said to test him, that they might have some charge to bring against him.  Jesus bent down and wrote with his finger on the ground.  And as they continued to ask him, he stood up and said to them, “Let him who is without sin among you be the first to throw a stone at her.”  And once more he bent down and wrote on the ground.

But when they heard it, they went away, one by one, beginning with the older ones, and Jesus was left alone with the woman standing before him.  Jesus stood up and said to her, “Woman, where are they? Has no one condemned you?”  She said, “No one, Lord.” And Jesus said, “Neither do I condemn you; go, and from now on sin no more.”

You Are a New Creation – A Clean Rug!

2 Corinthians 5:17 tells us that when we put our faith and trust into God and recognize Jesus as our Lord and Savior, we become like new.  It says, if anyone is in Christ, he is a new creation.  The old has passed away; behold the new has come.  We have a new life.

Being a new creation in Him means that God has made us into something we have never been before.  We can have faith like Mary, go and sin no more like the woman accused of adultery. Being cleaned doesn’t mean change will always be easy or that it won’t be painful, but we can focus on the blessings and the good that comes with being a new creation.  So shake the dirt from your feet, be cleaned – even if it hurts, and embrace being new.  You are not your old self. 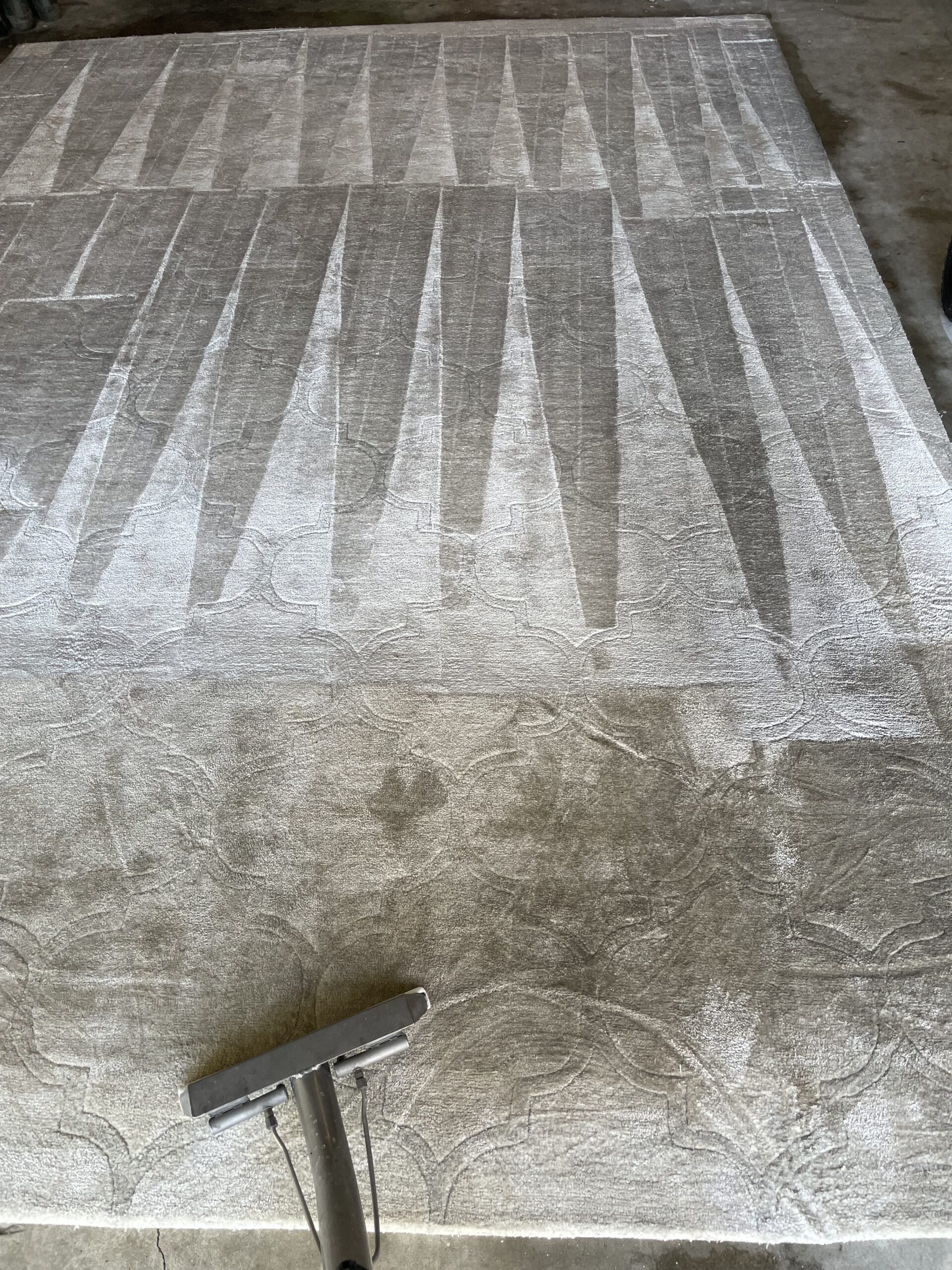